​​A-1 Pest Control in louisville

Termites can be one of the most damaging insects around.  Many times the first sign a homeowner sees them is when the winged "swarmer" termite comes out, usually in early spring.  However, they can appear any time during the year.

Another sign to look for are mud type tubes about 1/4" wide along the foundation or basement walls.  These can also be formed inside an interior wall.  Detecting hidden termites requires a well trained professional that knows their characteristics and habits in order to locate them.

Unfortunately, the damage they produce is hidden as well.  Boards and drywalls can be hollowed out for many months or even years until pressure is put on them.  That is when the damage is detected and repairs need to be made.ur paragraph here.

BOX ELDER BUGS
Boxelder bugs are primarily a nuisance because they enter homes and other buildings, often in large numbers. Fortunately, they do not bite people and are essentially harmless to property. When abundant, they can stain walls, curtains, and other surfaces with their excrement. Occasionally some may seek moisture and may be found around houseplants, although they rarely attack them. In the few cases when they do feed, boxelder bugs are very unlikely to injure indoor plants.

CARPET BEETLE
There are various types of carpet beetles, all of which can cause damage to fabrics.  The most common are the Black Carpet Beetle and the Varied Carpet Beetle.  Each female lays approximately 50 eggs that hatch over the course of 3 weeks deposited in various areas.  It can be almost impossible to eliminate these bugs without our professional help in locating the unhatched eggs and targeting all the nooks and crannies that need to be treated.

CARPENTER BEES
In the late spring and early summer, homeowners often notice large black bees hovering around the outside of their homes.  These are probably carpenter bees searching for mates and favorable sites to construct their nests.  Male carpenter bees are quite aggressive, often hovering in front of people who are around the nests.

The saying "Sleep tight and don't let the bed bugs bite" has taken on a new meaning.  More and more people have become all too familiar with this small, flat little bug that is the size of an apple seed.

In the last few years bed bugs have found their way to our area in great numbers.  Their population has increased almost 500%.  They have been known to visit not just homes and apartments, but also many public areas as well like office buildings, hotels, movie theaters, schools, day care centers and retail dressing rooms!  How in the world do they get so many places?  Their nick name is "the little hitch hiker".  They can hop in a purse or backpack and travel to a store or another home and just like that, they've infested another location.

Bed bugs can only survive when they find a source of human or animal blood, so if you notice bites after sitting on the sofa or laying in bed, it's a good idea to inspect the mattress and casters.

CARPENTER ANTS
The carpenter ant nests in both dry and damp wood, but usually prefers a damp area.  Leaks caused by water damage to roofs, windows and walls are just some of their favorite areas to invade.  Garages, decks and fences are also areas to be aware of.  If left untreated for a long period of time, they can cause some major structural damage.

MOSQUITOES
Mosquitoes carry numerous diseases including the newest mosquito-borne Zika disease.  Mosquitoes can lay eggs in as little as a half an inch of water, so it's advised to treat your property by a professional.  We offer seasonal mosquito control services during the months of April - October. 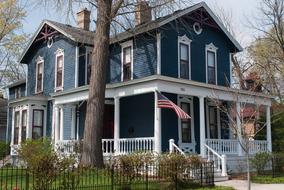 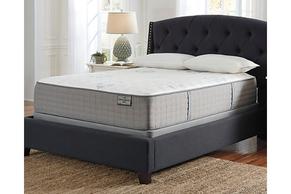 TICKS
There are two types of ticks most often found in Kentucky, the American Dog Tick and the Lone Star Tick - both of which are not carriers of Lyme Disease.  There have been reports of Lyme Disease in our state, however the carrier ticks have yet to be identified.  Ticks like to live in tall grasses, overgrown bushes, weeds and empty birds nest.  They also seek shelter in hidden areas within homes.  If you suspect a tick infestation call us 502-339-1234.

STINK BUGS
Stink bugs were not on our continent until 1998.  It is believed they were transported here from China in a shipment.  Their numbers have greatly increased in the last few years and spread to about 20 states, with Kentucky being one of them.  Stink bugs are brown and have a very odd shape with specks of light brown markings.  They have a gland which emits an odd odor when they feel threatened or if they are stepped on, thus the name "stink bug."  While these insects are not harmful to humans, they can do a great deal of damage to farmer crops, especially fruits and vegetables.

BROWN RECLUSE SPIDER
It nocturnal insect is not usually seen during the day, but is most active after the sun goes down.  The bite from this spider is a venomous bite and ranges from a mild to a severe reaction and will usually leave a scar.  Brown recluse spiders get their name from their soft brown color and their typical nesting habits.  As their name implies, they are very much "the loner."  They are usually found in dark, out of the way places.

FLEAS
A common indication that you have flea activity would be your pets repeatedly scratching and grooming themselves. Some people may also experience bites which leave behind itchy marks.  Fleas are relatively easy to see in their adult stage however flea eggs represent about half of the flea population in an average home.  Therefore, to rid the infestation our licensed technicians will get to the root of the cause by conducting a thorough inspection and locate the areas that immature stages of the fleas are residing.

WASPS & YELLOW JACKETS
Here in Louisville, when we are in the heat of summer the threat of wasps heighten.  Yellow jacket are known to sting repeatedly and their stings pose health threats along with possible allergic reactions.  Wasps live in colonies that can contain thousands, therefore a thorough inspection and treatment by a trained professional is your safest solution.  Trying to get rid of these on your own will more than likely result in getting stung.